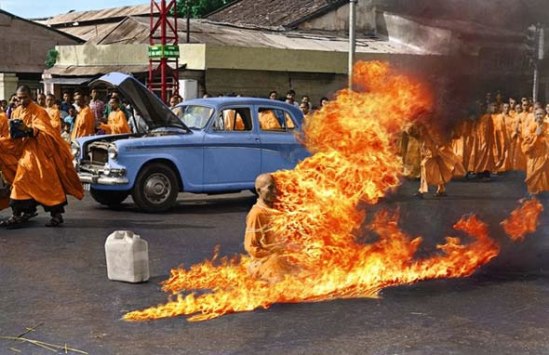 Many walks in life (namely many of the world religions) have views on why things happen. Why do bad things happen? Why do good things happen? Why do some people have easier lives than others? This could easily fall into a rant about karma, getting what you give, and all that jazz. I don’t want this post to go that direction really, although karma is an underlying factor in all of this. I do, however, want to discuss giving (I think). Karma deals primarily with getting what you have given. I want to focus on giving what you have gotten (I think), and the most disgusting hypocrisy I think I’ve ever known.

Back story: I’ve written about the best and how we have our adventures and how much these adventures mean to me. Well, my best occasionally has adventures that are entirely his own. Some of those adventures are best not had at all and unfortunately because my best choses to be just about the slowest learner EVER, some of those adventures are repeated. It’s because of this irresponsibility and his history of making really dumb decisions that my best is (for) now a felon. A few years ago he landed his self in the klink. It was tragic, truly. He didn’t know my number and so from jail he had to contact his ex who lived along the United States eastern shore – who in turn contacted my beloved through Facebook, who then told me the news. That year, I spent my entire Christmas budget meant for family and friends all on him just to bail is brilliant butt out. Not quite a week ago about the same thing happened, only this time he was able to call me directly – and this time the bail was 40% higher. Now he’s considered a repeat offender and our fear is that he’ll do hard time. That much remains to be seen. Without going into all the details, many of which can probably be assumed, his life will be very different going forward and so will mine and my beloved’s.

Something I find particularly disturbing in all this, though, is the reaction a mutual friend of ours has had toward my best’s predicament.

A little back story on her: She’s a recovering alcoholic, 12-steppin’ her way to a more wholesome life. This has been an on-going journey of hers for a few years already and she often speaks about responsibility and facing the consequences of one’s actions – doctrine she’s surely picked up from her 12-Step studies. She a wonderful person – one of my favorites, in fact. She’s been life-long Christian, and if I can be honest, of all the Christians I have known in my life (and living in the Midwest I’ve known too many!) she’s one of a very small group who doesn’t consistently make me cringe with her behavior. That is, until recently.

Whether it makes sense to you or not, the crux of Christianity is forgiveness. You pray to Jesus asking him for forgiveness of your sins (and the sins of your fathers, which you inherited at birth) and in that prayerful process of “getting saved” and becoming a born-again believer you promise that you’ll do your best to do your best as you move forward in life as a Christian. This is the starting point for Christian believers, and everything grows from there. I find the whole bit to be a rather large pill to swallow because it goes against most forms of reason (which faith shouldn’t necessarily do) as well as natural laws, but since it doesn’t actually apply to me I’m not terribly concerned. To be clear, I’m not writing this post to disparage Christianity. There’s somewhere in the range of 900 million reasons for why I could, but that’s not my goal.

What has been in my head since last Monday / Tuesday is what I intend to really focus on here and now. You see, if you have spent your entire life adhering to a belief system that has a core of, “Just tell Jesus you’re sorry and that he’s your savior and then live the best you can and you’ll avoid Hell” (aka almost ALL of Christianity), then you’re in no position to add to the grief of someone who’s fucked his own life up big-time and is now trying to work through it to a better life condition. Your entire life has been spent hoping to avoid a supposedly eternal punishment that you, by your own standards, “deserve” because of your own actions as well as the consequences you supposedly inherited from your forefathers’ sins – all by simply telling Jesus “I’m sorry.”

I’m here to tell you that if you can avoid eternal hellfire by doing little more than saying you’re sorry, then surely someone else who’s actively trying to make up for shortcomings has a chance at redemption, too. Get over yourself.

Aside from most of Christianity not making any real sense to me, something else baffles me: Apparently, I’m one of the best Christians I know. This is particularly interesting to me since I haven’t considered myself a Christian since my teens and early adult life. Fancy that!

When the best was briefly jailed I posted his bail. Shortly, I’ll be giving my entire temple room and main bathroom in my home to him as his new living quarters. The beloved and I will quite possibly purchase a moped for him, too, because it’s likely he’ll never be allowed to drive again. And because of things like this I’m accused of enabling – of helping him shirk the consequences of his actions.

Let me tell you something about enabling. A true enabler is someone who allows the person with a problem to continue in the path of the problem and to avoid any repercussions associated with walking that path. An enabler could be considered an eliminator because, for all their own misguided reasons, they do their best to eliminate the pain of the one they’re enabling.

That’s not what I’m doing.

I can bail him out of jail. I can open my home to him. I can buy him scooters to help keep him mobile. I can do all those things and so much more and none of it matters as much as haters say. All the power and generosity I can throw at this situation will still not allow him to escape the consequences of his actions. He will still have a miserable police record that will likely affect many aspects of his life for years and years to come. He will still be sentenced to some degree by the courts. He will still have to pay exorbitant legal fees. And he will still be forced into bankruptcy. Someone, please tell me – aside from cold weather exactly what hell am I sheltering him from? I’ll tell you what I definitely am doing. I’m loving him as I love myself.

Of all the rules in the Christian Bible that are followed so strictly, the TWO that Jesus actually says people should do (and which are echoed throughout the Bible starting with the books of Jewish law) are ignored! I can cite places in three of the Gospels where Jesus tells believers that they should 1) Love God with everything they have and 2) Love their neighbor as their own self. I promise these supreme imperatives, these maha-commandments, given by the Jagadguru of the Christians are entirely lost on them. I’m not enabling. I’m giving to him, in his hour of need, what I would hope to receive in mine. I’m not helping him avoid consequences. I’m just showing him the love I would want to be shown. I’m literally loving him as I love my Self – interestingly this is a point where Hinduism succeeds in combining the two because we know God to be the same as our Self. When I love my God with everything I have the natural result is to love my neighbor as my Self because my Self and My God are nondifferent.

I hate to say it, but at this point I’m about sick of this hypocrisy. Lazy Christian devotees, remaining as rigid as ever within their hearts, clearly are asleep behind the wheel. This religion very rarely encourages self-realization, and I guess because of that these believers are bound to have little understanding of what it means to love your neighbor as you love yourself. Perhaps if my Christian brothers, sisters, and dear friends would invest the effort to know even a taste of the Self at their own core and subsequently realize that the very same is sitting as the core essence of others, then this vomit-inducing hypocrisy would lessen in our world and we would all do a little better in this life.

I reposted something to Facebook today that was actually about rape, but the sentiment is applicable here no less. The repost said, “My strength is not for hurting.” I’m given so very much in this life. And I hope to receive about as much, also – at least when I’m in need. And I have tasted the Self within me enough to know clearly that my neighbor is indeed my Self. Miserably, I’m about the best Christian I know.