So… my life feels incredibly random at times. I could share a number of ways to illustrate this, but most of those will have to wait for another time. I will, right now, share one with you.

Last weekend I spent as much time relaxing before one of my televisions as possible. This is very much unlike me. I’m far more likely to grab a book or two, or study Sahaj Marg literature, or piddle with my violin…. almost never anything that involves being mindless before a television. Almost never. But there I found myself – in my home’s loft, watching the entire string of Harry Potter movies on DVD / BlueRay. It took me the entire weekend.

This weekend, I’ve decided that watching all of the X-Men movies is in ordnung. So far, so good, right? Everything connecting? Well, how about a disconnect for you?

I was mostly through the first X-Men movie when I was struck by a thought, or a few, about Johnny Depp. Mhmm. Lusty thoughts, too. SORDID.

I have no idea why these thoughts came or really why they were in my head. I wasn’t watching anything that Depp was starring in. And I’d like to make a few things clear: Depp is a fantastic actor. Of the highest grade, to be sure. Everything he touches in Hollywood is bound to turn to gold. In his interviews he’s always been very down to earth and level-headed. I think I’ve read once or twice that he’s an excellent father by most standards. 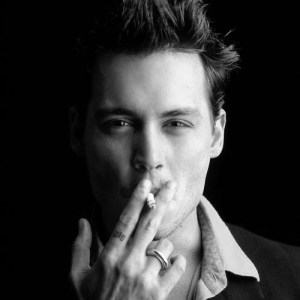 Beyond those qualities though, he’s not really my “type” (not that I have a type, but you know what I mean). For one, he’s a smoker. Where that’s concerned, I can get past the health risks, the visible and tell-tale damage the addiction does to the smoker’s body, the ridiculous rationalization smokers engage in when continuing to allow for so much of their income to be sucked away by the habit. But the perpetual smoker’s breath would be an absolute deal breaker. I’ve dated and kissed smokers before, even very considerate ones who are never more than a few feet from breath mints or mouth wash – those things don’t actually help. I mean, it might help their spit not taste as much like an ashtray when you’re kissing or something, but as long as they are exhaling from the same lungs they smoke with, the problem persists.

So there’s that. There’s also his fashion sense. It’s just weird. I don’t even find it to be that unique. Just weird and often not very flattering. His facial hair is like mine – best kept shaven. It’s like his best effort still produces only the sparsest of whiskers. 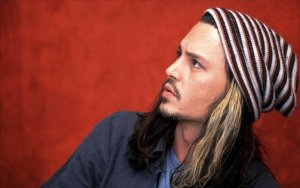 I mean, I could probably go on for another five minutes solid about why my rational mind doesn’t find him a likely target for my lust – but, quite randomly, that’s exactly what he was. And boy was he ever – while watching an X-Men movie, no less. 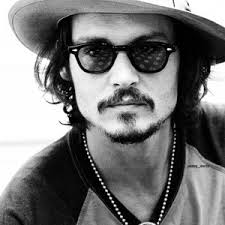 I could probably make this into some lesson about stepping back far enough from what you perceive to be yourself to recognize that you are not your thoughts. But perhaps instead, when people you’re technically not attracted to start popping up in sultry daydreams – which themselves randomly occur during a movie marathon – it’s really just your sign that you now have even less reason to sit before the ole boob tube.

One response to “Random Confessionering”