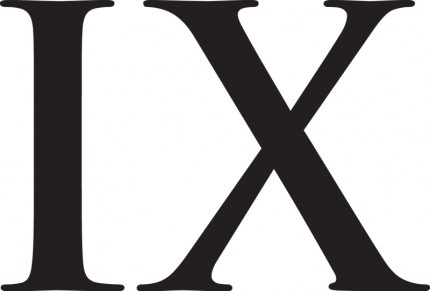 “Mould your living so as to rouse a feeling of love and piety in others.” The ninth maxim. For anyone unfamiliar with the word, as it’s not a terribly common one these days, “piety” means a quality of being religious or reverent. Devoutness. Saintliness.

The first thing that struck me is that, by itself, this maxim could easily confuse people. On a number of levels it can tie into the things we’ve discussed in earlier maxims, but this feels like a maxim that would best be supplemented by commentary from the masters of our lineage. If it were a commandment or something in another religion it would likely come with lots of explanatory interpretations and guidelines on how to best implement it into the believer’s life.

In regard to the use of the word piety in this maxim I think there’s a new understanding that should apply. For one, the path of Heartfulness helps us see that religion is to be left behind just as kindergarten is. So I think to say that piety here means that we’re meant to invoke a feeling of religiosity in others is inaccurate. Reverence, though, is likely more applicable and more practical for today.

If you “mould your living” in a way that causes others to experience love and induces a feeling of reverence for who you are, how you conduct yourself, and the overall value of your life as a whole in relation to the lives of those witnessing your living.

I was recently talking with a friend. I’ve known this person for the better part of a couple years already and we were chatting about many things in life, including our respective significant others. We were both comfortable enough to share with each other things we think might be better in our own lives if they were maybe different. During this part of our discussion, although I forget the details of how it came about, it was said to me by this friend, “I think anyone would want to be your husband, but I feel like I’m not good enough.” It obviously gave me pause and then, as anyone who knows me can attest, I insisted a statement like that be explained immediately. I got my explanation and the conversation kept moving, but my heart broke right then with humility.

I’m never doing anything other than what feels natural and right and true to be “Joshua” right now. I try to conduct myself in the best and highest way I know to, given any circumstance I might find myself in. Never once, truly, have I thought to myself that I need to do this or that to be better person or to get more people to like me. Frankly, I don’t even try to inspire people. I guess that kind of thinking isn’t part of who I am. And yet, that’s what happens sometimes with my connections to others. People sometimes think I’m cool or talented or even wise…. too good for them, even. It baffles me and flatters me and humbles me and invariably surprises me.

It can be tough to accept that you’re setting some kind of example when that idea isn’t even on your radar – but that’s exactly what we’re called to do in this maxim. Readers, I would encourage you at this point in our study of the maxims to look back and assess. How much of the prior maxims do you incorporate into your life and what example does that mean you’re setting for others to witness? Do you feel the need to set more of an example? Less of an example?